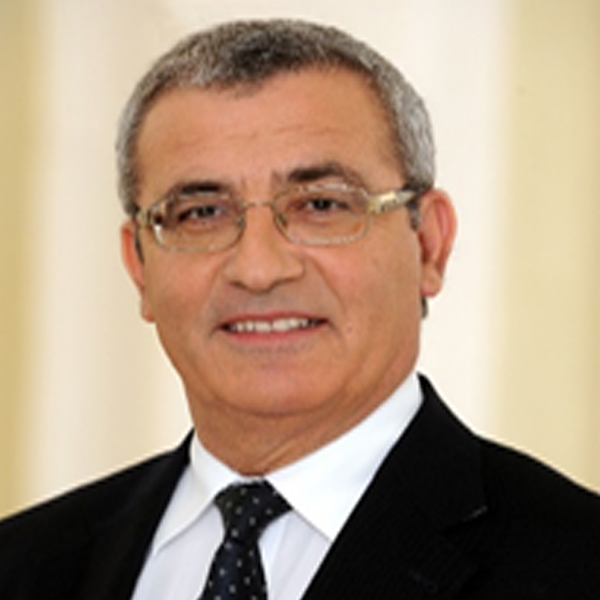 BIOGRAPHY OF THE HONOURABLE MINISTER FOR FOREIGN AND EUROPEAN AFFAIRS

Evarist Bartolo is a Maltese politician within the Labour Party and he currently serves as the Minister for Foreign and European Affairs. He previously served as Malta's Minister for Education and Employment between 2013 and January 2020, with another term as Minister for Education and Culture between 1996 and 1998. Evarist Bartolo was born on 14 October 1952 in Mellieha. He has been a member of the Maltese Parliament since 1992. In the general elections held on 9 March 2013 he was once again elected from two districts, the 10th (Gzira, Pemboke, Sliema, St Julians) and the 12th (Mellieha, St Paul’s Bay and Naxxar).

Bartolo has three brothers and three sisters. His father worked as a primary school teacher. He is married to Gillian (née Sammut) and they have two children, Katrin and Louisa, and one grand-daughter, Georgia.

In 1975 Bartolo graduated from the University of Malta with a B.A.(Hons) degree in English Literature. In 1984 he was awarded a scholarship for a diploma course in journalism at Stanford University. He then read for a Master’s in Education at the University of Cardiff which he completed in 1986.

Bartolo spent three years teaching at De La Salle College, another four years at the national broadcasting station and then a further ten years as the editor and head of news of the Labour Party media. He currently lectures in Communication Studies at the University of Malta. He has been a member in parliament since 1992, working mostly in education, European affairs and tourism.

Bartolo was raised in Mellieha, a conservative, rural town in the north of Malta. As he himself points out, he had a very Catholic upbringing and as a teenager used to teach the Bible to younger children. He was also very active in the Legion of Mary, the Catholic Action and the Young Christian Workers, all of these movements closely aligned to the Catholic Church.

In a country where political polarization is very strong and most individuals will identify with the party that they have been brought up with, Bartolo describes himself as one of those who chose a party upon the basis of an explicit attempt to understand which party best stood for the principles that he believed in. Bartolo states that the road that convinced him that his place was within the Labour Party was a long tortuous one during which he explored Karl Marx, Mohandas Gandhi, Vladimir Lenin, Martin Luther King and spent a year in Sicily working with an anti-Mafia activist Danilo Dolci.

Bartolo is a prolific writer having been a consistent contributor to the local media since his early teens and is considered to be one of the principal ideologists within the Malta Labour Party. He currently writes weekly columns for local newspapers Malta Today and L-Orizzont.

Bartolo has worked to push progressive policies within the Labour Party and in the public discourse. Over the years, Evarist Bartolo has championed civil liberties as well as civil and social rights. He campaigned, successfully, for a more liberal press law; the removal of censorship and the Freedom of Information Act. Evarist Bartolo was also a strong contributor to the introduction of the ‘Whistleblower Act’ and in the Act for the removal of any legal time-barring for Maltese politicians.